Cats are carnivores by nature. This simply means that their metabolism has adapted to eating meat and fish. Something that they are characterized and known for is their love for tuna. However, is it a wise choice to provide regular consumption of this type of food, and what would be its impact on the kittens’ health?

Cats are addicted to tuna, but it is necessary to understand that a steady diet of tuna may lead to malnutrition because it doesn’t provide all the nutrients that they need. Additionally, if eaten too often, it can cause mercury poisoning. This is why it should be considered an occasional treat.

There are other ways cats can eat tuna, but what would be the possible side effects? This article will focus on exploring various topics and providing explanations to questions like how often cats can consume tuna, can they eat canned tuna in water instead, what are the benefits and potential health concerns they might face? Continue reading to find out.

Benefits Of Tuna For Cats And Its Properties

Cats require a balanced and healthy diet that has all of the essential nutrients, proteins, vitamins, and minerals that they need.

It is no surprise that tuna has some remarkable properties that might be beneficial for your furry friend. This source of food is rich in protein and has low amounts of carbohydrates. Aside from this, it can provide omega-3 fatty acids, which is popularly believed that it helps to slow down the growth of tumor cells and reduce risks of heart disease. It is also an excellent source of other fats like EPA and DHA, which can aid with the skin and coating health of the cat and improve inflammatory diseases or conditions such as skin and inflammatory bowel disease, arthritis, allergies, and many more.

Here are some notable benefits of tuna to point out:

This is a favored popular treat for kittens amongst many cat owners. It has been widely promoted and spread the variety of cat food and other alternatives like canned tuna. Regardless of its general approval, there have been some advanced investigations proving that more nutritional needs are not covered with just tuna, which can no longer be a standard or daily source of food for this exact reason.

This is why when it is provided as a regular and primary food source, you’re doing more harm than good to your pet. But, if it is an occasional and sporadic treat or reward to your cat, then there won’t be any health risks to worry about.

Can Cats Eat Tuna And What Is The Right Amount?

The best way to approach this question is by explaining why cats feel so attracted to tuna in the first place. This is because it has a very peculiar and robust taste and smell which may cause them to become incredibly addicted to it. If this treat is provided occasionally, then most likely, your pet won’t have an issue. However, suppose the kittens are being fed regularly with tuna. In that case, you might consider the risks and side effects on their health.

According to an article written by WebMD, if tuna is given in small amounts, it won’t have tremendous effects on your cat’s health, but it should never be considered a meal replacement and more of an optional treat. This is because it lacks essential nutrients that are present in precisely formulated cat food. This may result in a deficiency in vitamins, minerals, and malnutrition. In addition to this, kitties are susceptible to a small risk of mercury poisoning from tuna, and also the tiny bones in this fish can cause severe damage to the cat’s digestive tract. 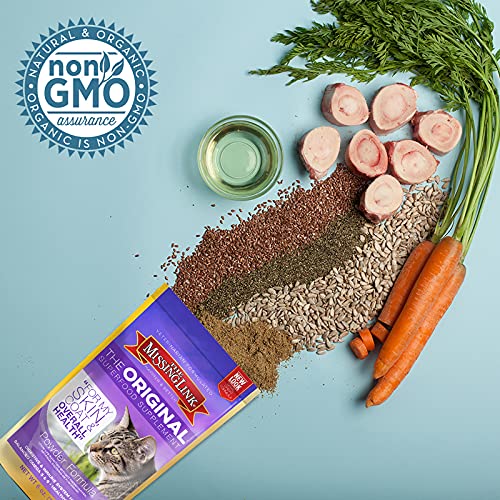 The ideal amount would be one teaspoon of tuna given a few times a week, which should be more than enough, as long as it doesn’t become a significant part of the cat’s diet.

What About Canned Tuna?

A study conducted in 1974 by Louis W. Chang, Seiya Yamaguchi, and Alden Dudley focused on “Neurological Changes in Cats Following Long-Term Diet of Mercury Contaminated Tuna.” The sampled sixteen kittens were to be fed with a daily diet of tuna that contained mercury. They found visible changes in the growth rate and weight of the cats but also, after seven months, three of the cats studied presented signs of neurological disturbances.

Aside from that, other dangerous chemicals are found in canned tuna and raw fish overall like pesticides, PCBs, toxins, and Thiaminase, commonly known as Vitamin B1. Thiaminase may cause side effects like seizures, control loss of their body, and Vitamin B deficiency. 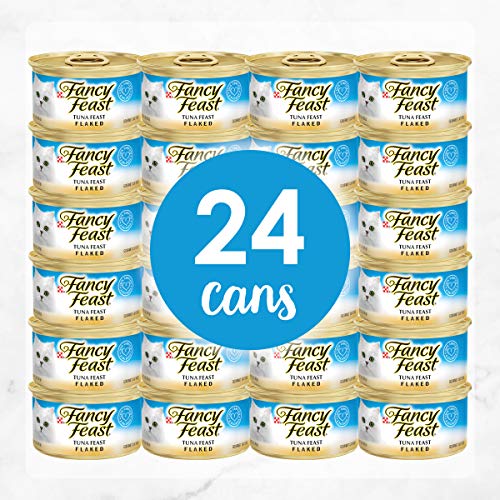 It can be concluded that canned tuna usually packed with oil is not beneficial for your cat and does more harm. However, you can stick to water-packed canned tuna and perhaps have them drink the water in moderation but always make sure it has no additives or chemicals since it may cause hyperthyroidism in them. Can Tuna Upset A Cat’s Stomach?

As stated earlier in the article, regular consumption of tuna in cats may cause mercury poisoning. If food allergies or intolerances to this food source are present in your pet, side effects like vomit and diarrhea are expected, along with loss of appetite.

Here is a brief list of possible health concerns and side effects of feeding too much tuna to your cat:

Cats love fish, which makes it understandable why they are so attracted to tuna’s incredible taste and smell. However, even though this is a popular treat amongst cat owners, it should be given in moderation since too much canned tuna can be detrimental to your pet’s health. This is because they are not nutritionally complete and shouldn’t be a primary source of food or a daily diet.

In addition to this, there is a lack of essential nutrients that cats need to have a balanced healthy diet. Even though there are several health concerns with excessive tuna consumption, such as allergies, obesity, and mercury poisoning, when given in moderation, kittens can obtain incredible health benefits such as a better immune system, excellent eyesight, and lower risks of heart diseases.