Children love animals, so when it comes to getting a family pet, you decide on a hamster as it’s a low-maintenance pet. They let it roam free before bedtime, and you’ve noticed that it bumps into walls sometimes. Is it that they can’t see at night?

In pitch darkness, hamsters cannot see. Low-light conditions enable them to see better, similar to ambient light, but not too far out since they are nearsighted. They can sense movement and see a few inches in front of their noses; and that’s about as far as they can get. 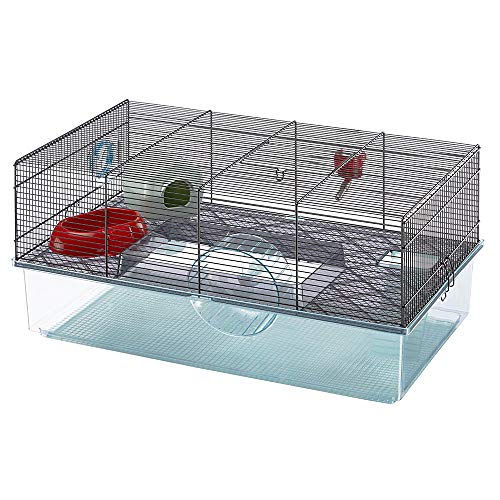 Picking a hamster for a first-time pet is an excellent choice for the household. It is a perfect choice, especially for children, since their dedication requirement is pretty low. They are inexpensive, don’t take up a lot of space, are easy to clean up after, and don’t require much social interaction.

There are important things about hamsters that people need to know before getting one as a pet and important information about what hamsters need to thrive in a home environment.

What To Know About A Hamster

Hamsters are rodents, and they belong to the subfamily Cricetinae. They have been mistakenly credited as nocturnal animals, but they don’t qualify because of their eyes. It often looks like animals have bigger eyes compared to humans when they have nocturnal vision.

The eyes in nocturnal animals are bigger, and they tend to have pupils that open more in a low-light environment. Animals like cats have round, vertical pupils, which allow them to have good vision during the day and even better at night. They are hunters, and it helps them when looking for food.

Hamsters don’t have enormous eyes, but they do have a panoramic field of vision just like humans do, which is quite helpful despite everything. The fact that they don’t have big eyes like an owl is one of the reasons why they are not nocturnal, but they are not diurnal either. They fall in the middle category; they are crepuscular animals.

A crepuscular animal is the one that feels the most active during the evenings or on cloudy and cool days. Many factors can impact how an animal may feel during the day; some may even exhibit more energy than others. With a hamster, the need to adapt to its surroundings is one of those reasons.

Is It All About Adaptation?

Hamsters are almost at the bottom of the food chain because big animals eat the small ones. With such a small size, they need to make sure they outrun predators. And it might be one of the reasons why they tend to go out at night, to avoid major dangers.

Hamsters are nearsighted and colorblind. Nearsightedness is an eye condition where they can’t see distant objects because they look blurry, but close ones can look normal. With colorblindness, they are unable to see differences in colors. Because of these two issues with their vision, hamsters struggle with not having a good sense of direction. Keep in mind that just because they don’t have a perfect vision doesn’t mean they don’t know who you are. Because of what hamsters lack in sight, they make up with the fact that they can see movement around them. In the wild, it keeps them safe from predators; and at home, it tells them when their owner is near.

In the wild, hamsters like dry places, and just because they prefer nighttime doesn’t mean they hate daylight. There are some things you can do to make your hamster comfortable in your home, based on their needs. 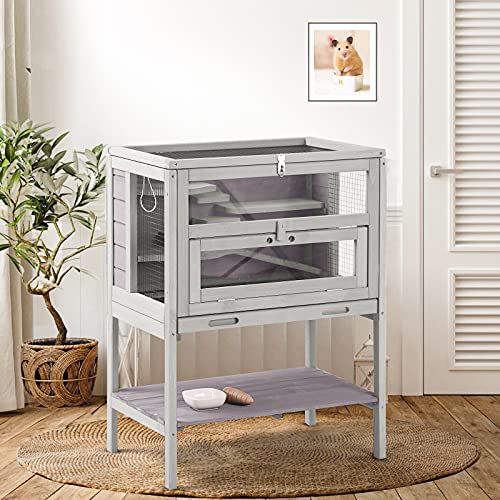 Hamster Cage with Plastic Deep Not Leakage Pull Out Tray, Plus Storage Shelf
Buy on Amazon

What Can You Do For Your Hamster’s Vision Deficiency?

Hamsters have poor vision; they are even born blind, and by the time they are fully grown, they can only see a few inches in front of them. And since they are not in their natural habitat, there are a few things you can do for them to make them feel at home. Keeping an eye on your hamster and scheduling regular visits to the vet can be helpful for your hamster’s eyesight.

Ready For Your First Hamster?

It may seem like getting a hamster is an easy choice, but like any other pet, you should do some research to see if you are willing and committed to giving that pet the life it deserves. Something as simple as not letting it loose in a park, as you would with a dog, is the difference between getting lost and going home without it, or even worse, getting attacked by a predator. A hamster is a member of a family so take care of it as well.