Have you ever wondered what the lifespan of outdoor cats is? Maybe you thought it was similar to indoor cats, which is around ten to fifteen years. However, stray cats tend to have a lower life expectancy. This is when it comes into question whether you should let your feline venture into the world or be a stay-at-home pet.

According to a study carried out by the UC Davis School of Veterinary Medicine, indoor cats usually live an average of ten to fifteen years, as said earlier in the article. In contrast, outdoor cats generally live around two to five years.

This article will review some of the health concerns that outdoor cats face daily, lowering their average lifespan. In addition, we will be providing a contrast between outdoors and indoor cats, the key to meeting their needs to keep them healthier and happy, as well as a brief debunking of myths concerning community or feral cats.

There is a considerable distinction regarding the lifespans of outdoors and indoors felines, which would include the heredity and the environmental impact on the cat’s longevity.

Concerning The Lifespan Of An Outdoor Cat

Their lifespan is, as stated earlier, around two to five years, and there are several reasons for this. One of them being is that these kittens usually get into fights which may result in injury or carrying out a fatal disease. Also, they can encounter some dangers on the streets such as being struck by a vehicle, road traffic, or perhaps, attacks from other animals, as well as being poisoned by substances. They can easily transmit illnesses or parasites such as rabies, leukemia, tapeworms, and so many more.

In addition, these cats can be susceptible to contagious diseases, starvation, freezing, dehydration, and catching a parasite infestation. Sadly, these animals face the actual and most cruel realities of being victims of inhuman acts or animal cruelty such as being poisoned, drowned, and so many more.

According to the American Feral Cat Coalition, it is estimated that approximately sixty million feral and homeless cats live in the United States. Some of them carry illnesses that can be easily transmitted if some form of contact is established. Here is a list of habitual and potentially severe diseases and parasites they might face: 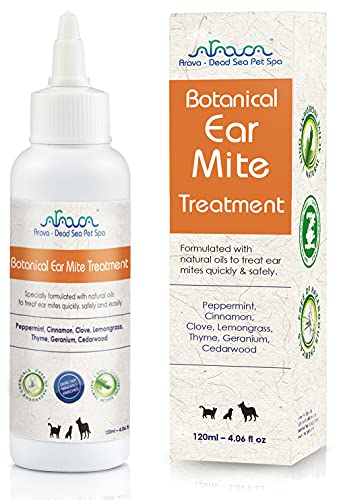 Concerning The Lifespan Of An Indoor Cat

In contrast, the lifespan of an indoor cat is around twelve to fifteen years old. However, there are several factors that can determine their longevity. They have more advantages and facilities than stray cats due to the fact that they have access to healthier food and are sheltered in a great environment. There aren’t any wild animals that can hurt them or become victims of traffic accidents. Some other factors that can shorten or extend their lives are the following:

Medical care: they have a healthier diet and access to professional health care. Other than that, they can also face obesity or diabetes if they live to have a sedentary lifestyle. This is why routine care is essential, as well as vaccines and other medical tests to ensure the feline doesn’t have any medical condition.

Exercise and preventing a sedentary lifestyle: felines tend to be lazy and get bored pretty quickly, which is why it is necessary to engage with them in order to help them have a longer life.

Diet: making sure your cat has the appropriate amounts of food and nutrition that it needs, so this is why it is necessary to choose quality goods. This will help to battle diabetes, obesity, arthritis, heart disease, and breathing diseases.

Breeds: believe it or not, one of the main factors that will decide the cat’s lifespan is the breed. Popular breeds that have more extended longevity are:

They Key To Making A Cat Happy And Healthy

It is no surprise that cats love being outdoors. They are curious animals that want to roam and venture into nature, but it comes into question whether this is safe for them and good for their health.

Several people believe that giving your cat some freedom to go outside will provide them with a better life. However, most experts affirm that it is healthier for the feline to stay indoors. It is recommended to keep some cats indoors since they have naturally tended to venture around since it stimulates them mentally and helps reduce their stress.

According to the American Veterinary Medical Association (AVMA), they suggested that it is better to keep cats confined whether they are indoors or outdoors cats, for the pet’s health and safety. In other words, it is encouraged for cat owners to limit outdoor time. You can still stimulate them by adding indoor activities and enriching their environment to provide them with a fulfilled life.

How to make outdoor cats happy

Based on a study by the Humane Society of the United States, around three to four million cats that are part of the community and owned usually enter animal shelters every year, and half of them are euthanized. This is due to illnesses, temperament, and many other factors stated earlier in the article.

However, before deciding this, you have to differentiate a stray cat from a feral cat which is often confused, but there are significant differences between them.

Feral cats: unsocialized and unowned cat that lives outdoors. Regardless of spending their entire life in the wild, they can sometimes adapt to an indoor lifestyle, but it might not always be the case unless domesticated at an early age.

Stray cats: owned pets that have been abandoned or lost human contact and dependency. They can also adapt to an indoor lifestyle since they previously had some interaction or socialization and received health care earlier, making them easier to adopt.

It is possible to provide a happier and better lifestyle to an outdoor cat, and this is done by bringing them home and providing them safer ways to enjoy time outside to a certain degree. You can raise them by creating an outdoor enclosure to protect them from dangerous situations, providing them basic needs like food and water, having a routine visit to the vet, emphasizing vaccination, and others. This way, outdoor cats can live a healthier and longer life but at the same time keep the happiness they get when they are in the wild.

To sum up, everything stated in this article; it is concluded that outdoor cats have a shorter lifespan of around two to five years, in comparison to indoor cats, which live about thirteen to seventeen years. It has been said that these cats that have much time in the wild tend to suffer from illnesses or diseases and other risks that domesticated pets don’t face. This is one of the main reasons why they have a smaller life expectancy since indoor cats have access to routine visits to the vet, access to a healthy diet, and a suitable lifestyle to keep the feline happy.