Whether you own a pet hamster or are thinking about one for your next acquisition, planning what you can feed them is highly recommended to ensure you keep them healthy and happy. Find out more reading below.

Hamsters are omnivores, meaning that they eat a variety of plants and insects. As a general rule, It’s always best to feed them at home similar foods to what they would find in the wild. Balance their diet with vegetables and fruit and avoid foods high in sugar.

Feeding hamsters shouldn’t be a hassle as they usually eat pelleted foods. A decently balanced diet should cover fresh vegetables and a range of fruit which we will discuss further. An intriguing thing about hamsters is that they don’t overeat. Instead, they tend to hoard food and, when you think they ate everything you served, they might actually be saving it for later.

Hoarding is not necessarily a bad thing; however, this can cause them to gain weight and, later on, obesity and diabetes, which both are severe conditions that can alter their life significantly. Take this into account when serving their portions.

Vegetables take part in any perfectly balanced diet for humans, and this extends to hamsters as well. Vegetables contain lots of water and will not incur undesired weight changes. In addition to vegetables, there are other healthy foods for hamsters that can be included in their diet. Below are a few recommended food for pet hamsters:

Make sure to wash your hands properly before putting them into your hamster’s habitat.

What Foods Do Hamsters Love?

Hamsters are big fans of strawberries, bananas, pears, and apples (without seeds). These fruits should be given in moderate amounts and should not exceed 10% of their primary diet.

Remove any fruit or food that has not been eaten in 24 hours.

Furthermore, don’t forget to give your hamster clean, freshwater. Hamsters are desert rodents, so they don’t require that much water to stay hydrated, and the amount they need will usually vary depending on their body weight. Around 10 to 30 ml (2 teaspoons) of water is enough for the average hamster. A dehydrated hamster will most likely have difficulty breathing, and its skin might look loose. They will also look weak.

Hamsters cannot survive more than two days without water, so a good recommendation is to set up an alarm to check whether your hamster has enough for the day. Also, use a hamster-designed bottle instead of a bowl for it as bowls tend to be quite messy and can be prone to contamination much more easily than bottles. Empty their water bottle every 24 hours to make sure they are always drinking fresh water. 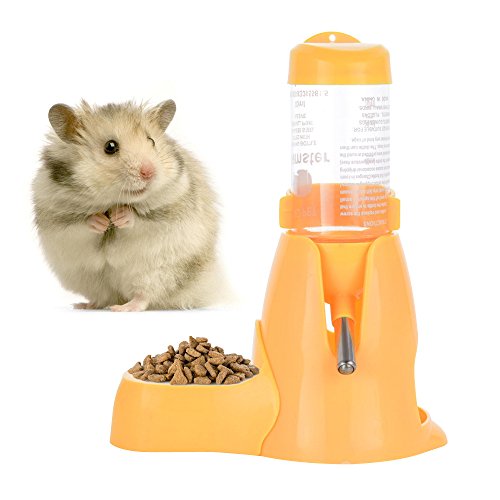 Albeit not exactly high in nutritional value, a good supplement for hamsters ─ and something that they will love immensely ─ is Timothy Hay. Timothy hay is a tasty meadow grass recommended by veterinarians and great for keeping your hamster’s teeth healthy and strong. Other benefits include weight regulation and a healthy digestive tract. Hamsters can consume Timothy hay up to three times a week.

Timothy hay can work as a hamster bedding as well. They are a safe alternative to harmful bedding options, and hamster pet owners can buy them at pet or grocery stores.

Are Bananas Okay for Hamsters?

Yes. Bananas can be included in the hamster’s diet so long as it is in moderate amounts. Bananas are considerably popular, reasonably easy to acquire, and their nutrition value deems them substantially healthy for humans; for such reasons, it is thoughtful to want to extend our eating habits to our pet hamster. However, bananas contain sugar, and like any sugary food, they can be toxic to hamsters if consumed in excessive amounts. Unwanted side effects may include upset stomach, bloating, diarrhea, and in extreme cases, diabetes. Symptoms of diabetes include (but are not exclusive):

A few small slides of banana will do just fine. Your hamster will love it, and it won’t cause any sour health conditions. Do the same when feeding them any other sugary foods.

Even though hamsters are omnivores, they can enjoy some milk occasionally. However, there are several factors to take into account:

For the same reason, it’s a good option to avoid cheese or to serve it in extremely small amounts. The best cheeses for hamsters are mild or cottage cheese. Avoid stilton cheese and blue cheese. Once or twice per month is a fair serving.

What Can Kill a Hamster?

There isn’t exactly a specific food that’ll immediately kill a hamster. But, be aware of the following foods nonetheless, because they can be poisonous to them: 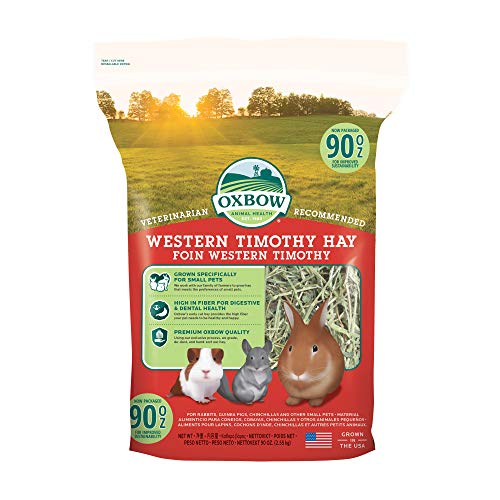 As stated, these foods can be poisonous, but if consumed by accident, there is no need to panic; that doesn’t mean your hamster will die instantly. Unfortunately, hamsters are unable to vomit, so they’ll most likely have diarrhea. If you cannot control it, or if your hamster is behaving out of the ordinary, the safest option is to take it to the vet. Do your best to keep them away from those foods.

Pet hamsters are beautiful creatures, and they’re considerably easy to maintain. It’s essential to feed them only what they can tolerate and avoid foods that’ll cause unpleasant feelings. Vegetables and fruit are great options, whereas sugary foods should stay off the table or can be served only a few times per month. Milk as well should be monitored, and they should always have water by their side to prevent dehydration as it can be deadly. Hamster food, in general, should be served in tiny, monitored amounts. This is the key to an overall healthy and happy hamster.