No matter where you live, whether you have a house or an apartment, or if you are allowed to own a pet or not, we can clearly see everyone around craving the need to have a cat at home. This increase in the number of people wanting to own a cat has always been there but has increased due to the pandemic, which you will understand if you know the benefits of having a pet. But why does my cat bring dead animals to me? Each cat owner has probably thought about this concern after witnessing this happen multiple times.

In short, it happens because they think that we don’t know how to hunt. Additionally, although domesticated, their instincts for hunting are still intact. When they bring us dead animals, it just means that they care for us and are treating us as a part of their family.

When you ask people why they like cats, they always agree on two things: cats are low-maintenance pets, and they do not require too much attention. Even though their methods to show affection are not conventional, there is no doubt in our minds that they mean well. Follow along with this article to understand this cat behavior better and see what we can do to avoid it.

Why Do They Do It?

Before cats were domesticated, they had to use their skills to get food. This meant that they needed to be proficient at catching prey, or they would not be able to survive. Nowadays, this “survival” activity is no longer needed as we provide them with all the food they need. So why do they do it? The following sections will describe the reasons behind it.

A cat’s natural instinct is to hunt, and it is without a doubt that they are extremely skilled at it. How could they not? In the course of thousands of years, their sight, smell, agility, and reflexes have all evolved to be great at it. Moreover, they are experts at hunting and stalking prey. This behavior is not lost, even though they are domesticated.

It is not an uncommon sight to have cats showing off their kills at home. Generally speaking, they do this as a sign of appreciation. They are wanting to give back something in exchange for the food we provide them. When they do this, it just means that they have welcomed us as part of their tribe.

Playing May Be Their Motivation

In spite of the fact that domestic cats do not depend on catching their food for survival, they are sometimes drawn to the hunt and chase for entertainment. In domesticated or indoor cats, this hunting mode is no longer a survival strategy but one of pleasure.

For outdoor cats, this is manifested by them bringing us their kill. Indoor cats, however, experience it in a different way. For indoor cats, their “kills” are their toys. If your cat has ever brought you their toys or some trash, this is their way of presenting their “hunted” prey to you.

Some cats need to be constantly stimulated to avoid them getting bored. While others are looking for a way to release built-up energy, and for this reason, they hunt. Nevertheless, it is obvious that they love hunting. Research shows that the pleasure receptors in a cat’s brain are activated when it is able to hunt. In the end, they are just trying to have fun.

They Believe We Don’t Know How To Hunt.

As much as they love us, cats perceive us as incompetent, especially in hunting. They believe, if left alone, we would not be able to feed ourselves. Because they see us as part of their family, they treat us as they would their young. For this reason, they bring us their prey. If the animal is dead, they could be teaching us how to identify species that we can hunt. In contrast, if they are alive, they are wanting us to learn how to catch and kill them.

Often, this just means that they want to look after us. Wild animals exhibit this behavior regularly, as cats will help each other in case one was unsuccessful at hunting.

We are motivated to eat food when we feel hungry, and cats are no different. This has led to the assumption that cat hunting occurs because the animal is hungry. However, this is not always the case. To some cat behaviorists, if cats ate nothing but what they caught, they would need to catch a large daily amount. Moreover, due to the fact that they hunt alone, they think that they depend only on themselves to stay alive.

According to estimates, less than fifty percent of hunting attempts will result in success. Additionally, it is possible that a hungry cat will not find anything to eat because it does not have any prey available. As a result, cats have evolved into them always being on the hunt regardless of their hunger, so they will take advantage of any opportunity to catch prey.

How Do I Stop My Cat From Doing This?

When cats are forced to act against their instincts, they may become stressed. Hunting is a physical and intuitive activity they do to practice their natural instincts for hunting. The following list shows some things that may help you if you want to prevent this behavior. 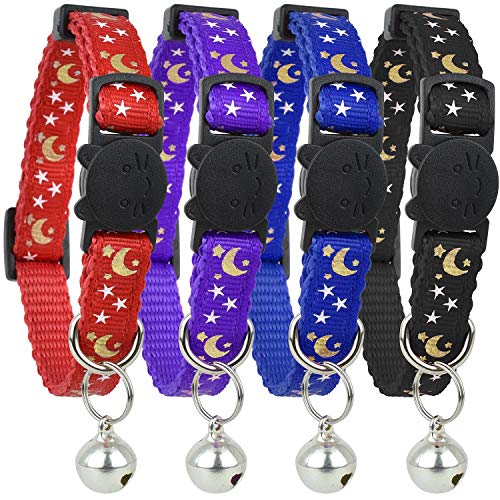 It is important to note that some people recommend that you change from playthings such as jingle balls and toy mice to interacting electronic toys. Many claim that this triggers their hunting urges. Additionally, there are toys available that will release snacks when your cat interacts with them. This allows them to “hunt” for food almost as they would if they were out in the wild.

Cats are low-maintenance pets since they don’t require much attention and are very independent animals. By bringing dead animals to us as gifts or by learning how to get our food, cats express that they care about what we do for them. As we have already seen, things such as hunger, playfulness, their instinct for hunting, or simply because they believe us to be lousy hunters are all reasons for them to bring us their kills.

By following some of the previously mentioned steps, we can reduce this unwanted behavior. In the end, they are doing it because they love us.