You have probably seen a catfight, perhaps even more than one time. But do you know what drives cats to fight? Many factors lead to your cat’s aggression and eventual fighting. In this article, we will go over them.

Main factors include jealousy, hormones, and territory. In addition, cats are considered territorial animals and tend to fight to defend and protect what they think is theirs. Desensitization, counterconditioning techniques, and drug therapy all help prevent fighting.

Why Do Cats Fight?

Fighting is a very natural behavior for cats. Catfights are inevitable; maybe there are neighborhood cats who want to protect their territory. Perhaps companion cats who have lived together peacefully suddenly start having fights in the home.

Cats are extremely territorial animals and defend what they think is their domain. But, as males usually defend bigger areas of territory, they tend to be more territorial than females.

There are many reasons for cats to fight. However, suppose you learn to read the signals or recognize when a fight is about to erupt. In that case, you can reduce the chances of a catfight even occurring.

When you bring a new kitten into the home, it is vital to encourage socialization to prevent aggression later on. However, if you find yourself in the middle of a catfight, here are some things you must never do:

When you understand why cats get into fights in the first place, you can easily prevent them from happening. The following are some of the main factors for them:

Something that can cause a great amount of jealousy in your cats is bringing new pets to your cat brood. Breeds such as Siamese tend to be more jealous because they like being close to their family members and around people.

By getting your cat a companion and playmate, you probably think you are doing the best for your cat. The truth is that they can see them as a rival, therefore as a huge threat. At first, you should keep them separated and gradually introduce them to one another.

To avoid your cat getting territorial over its belongings, each cat should have its items, such as scratching poles, bowls, and litter boxes. To dismiss any fears of feeling left out, once they have been introduced to each other and settled, you could do one-on-one time with each cat.

Another great way to reduce any aggression is to neuter or spay your cat. Especially in males, as this will stop the urge to fight.

Hormones play a huge part in aggression in cats, both female, and male. However, male cats tend to be more involved in inter-cat aggression. It occurs most often between the ages of two and four when a cat reaches social maturity and develops this behavioral problem.

Aggression like this can be seen in competing males. But, when you introduce a new cat to their territory, aggression can also be play-related, fear-related, or status-related.

For female cats, it’s maternal aggression. As we know, all new mothers can be protective of their babies. Maternal aggression occurs when the kittens and the mother cat, also known as the Queen, are approached by other pets or people she believes could be a threat. After the first few days of giving birth, the mother can be very protective of her new babies. For this reason, it is best to handle the kittens as little as possible and stay away during this time.

Cats see territory very differently compared to how dogs see it because they are very territorial animals. For cats, newcomers are invaders or intruders. Regardless if it is a new cat in the neighborhood or a new cat companion in the home.

This is because cats are especially sensitive to smells. Things like spraying their urine on walls, scratching at furniture, rubbing their chin on objects around the house can be territorial behaviors. If cats feel threatened or insecure, they will use their scent for chin rubbing or urine spraying to warn other cats.

It would be best if you did not punish your cat for territorial behavior, as this would make them more aggressive.

Your Cats Are Fighting: What Can You Do?

When you see your cats fighting, the first thing you want to do is to jump in and separate them, but be careful. When cats are worked up like this, they can be very aggressive, and you may get hurt for your efforts.

You can attempt to distract your cats. Try to find something they like, a toy for example, and make noises with it. This could get your cats’ attention and might stop the fight.

When stepping in to stop the fighting, the most important thing to remember is to try not to make your cat(s) more scared, stressed, or get hurt. Therefore, don’t use heavy-handed techniques and try not to be aggressive towards your cat.

What Can You Do If Your Cat Is Fighting With Another Cat?

Another cat could attack if your cat is wandering outside. Attacks like this can be systematic. There are cases where a single cat fights a specific cat every time it goes outside. This can be a reason for concern if your cat is gentle and mild-mannered and most likely won’t fight back, leading to injuries that can require trips to the vet.

If this happens, it is best to keep your cat indoors. Additionally, letting your cat out after dark can be dangerous. Whenever you hear or see your cat is in distress, make sure to go where your cat is. You probably won’t have to do much to stop the cats’ fight since most cats will just run at the sight of a human.

How To Prevent Cats From Fighting?

Treatment for aggression or fighting between cats varies depending on the type of aggressive behavior. Still, it may include desensitization, counterconditioning techniques, or drug therapy. 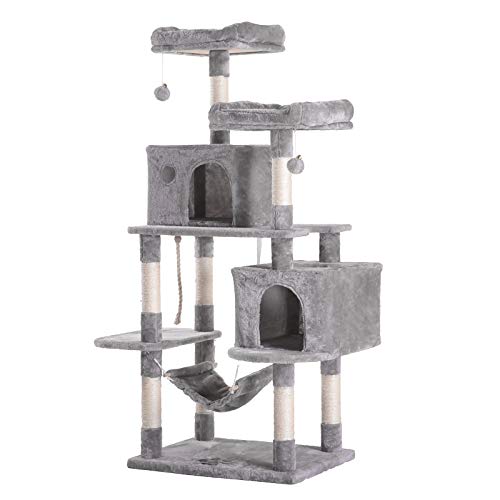 Some methods to help cats get along and reduce cat aggression can include:

We know that seeing your cats fight can break your heart as they are hurting each other. However, by following some of the steps listed, you can do everything in your power to prevent them from fighting with others. The greater the number of cats in the fight, the worse the problem will become.

We mentioned the main reason for catfights as hormonal, territory, or jealousy. However, if you see any sudden or additional changes in your cat’s behavior, it could be an indication of an underlying medical condition. So the best is to check with your vet if those are reasons for concern.

Also Read: How Do Cats Mate?